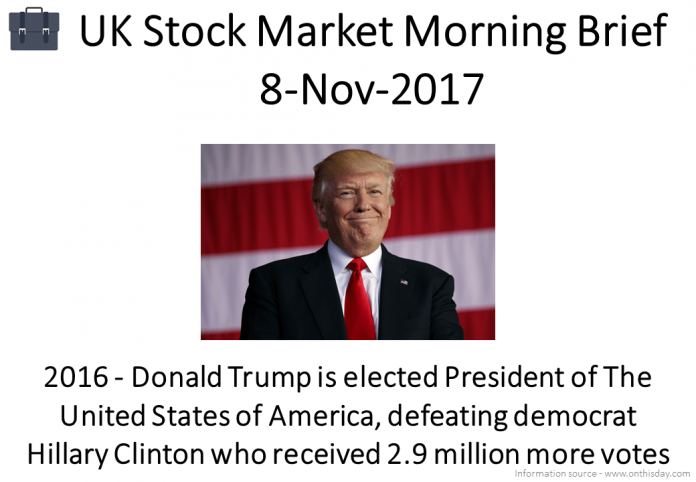 Trading Update  – Expects to report YoY Revenue increase of 15% to £61m (£53.1m last time). Customer delays mean PBT will be below current market expectations (single digit percentage growth). Increased Net Debt also expected. On the plus side, the order book is a record £32m+ (up from £25.8m at 31-Dec-2016) and double-digit revenue and PBT growth is expected next year.

On a PER of 8.75 already, any dip here could be a decent buying opportunity. Although that Net Debt of £6.54m (15% of Mkt Cap) which is expected to increase is a concern – I’m on the fence here.

AGM Statement And Operational Update – Quite a bullish update but no financials mentioned. New product (Roots) will go into 521 Superdrug stores from January 2018. The Executive Chairman states that “Growth prospects remain substantial” – Of course they do!

Since floating about a year ago this share has been on a rollercoaster, from 70p to 400 to todays level. I just have no idea how to take this one. It says it wants to replicate the success of Skinny Tan (with the Roots product for example) – I just have to wonder how successful Skinny Tan has really been.

On a PER of 21.1 this looks fairly valued around here.

AGM Statement – A positive start to the 4 months of this year, well positioned to execute the growth strategy.

Trading Update – LFL Order intake up £33m to £106m. The CEO is pleased with the start to the year and looks forward to continued progress.

Wondering why this recent update is not more upbeat. On a PER of 13.8, if this increase in order book translates to profit, this looks decent value here. Good ROCE, Operating Margin and a decent well covered 2.5% or so Dividend. The fly in the ointment could be the £37m Net Debt and £18m (I believe) pension deficit – Although at less than 15% of Mkt Cap, that doesn’t seem over the top.

Nothing overly exciting here today for me!