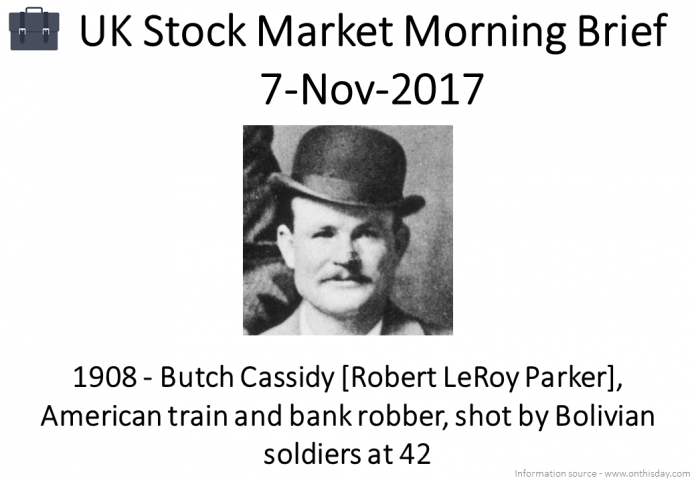 Final Results For The Year Ended June 2017 – This is in the “too hard for me pile” with the update being based mainly on adjusted 2016 figures. Stand out is no final Dividend.

The fact the latest results are just too complicated for me to figure out – And, the fact there will be no final Dividend is enough for me to be avoiding this one for now.

On a PER of 12.3 there’s little to excite here at present.

Trading Update For The 6 Months To End October 2017 – Strong H1 and expects Revenue and adjusted EBITDA to be significantly ahead of the same period last year – Trading in-line with market expectations for the full year to end April 2018. Cash is up to £5.9m (end April 2017, £4.8m).

Generally – Like the look of this but that PER of 19.8 looks a little too rich.

Attractive enough except for that sting in the tail – “Revenue growth for FY 18 is unlikely”.

Generally – There’s nothing of particular interest here for me this morning.