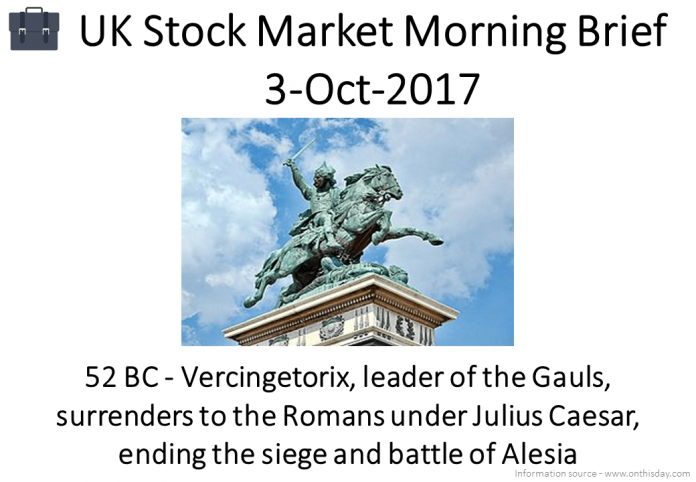 Pre-Close Trading Update For The 12 Months Ended August 2017 – Revenue and PBT to be slightly ahead of analysts expectations. Order book is the largest it’s ever been.

A good positive update for this company which is up 400% since being introduced in 2013. Worth noting though that it appears that analysts have been revising expectations down the past 12 months. Nevertheless this seems like positive stuff.

AGM Trading Update – An in-line statement with little other comment other than some directorate changes.

Nothing usually exciting about an in-line update.

Preliminary Results For The Year Ended 29 July 2017 – Seems in-line with (maybe slightly above) expectations.  I suppose the main takeaway is that the excellent (9%+) Dividend will be paid – This and the fact this update reflects small growth.

Will probably see some interest here on a PER of 7.

Surely this update will be a set back to the price (or was the market expecting this!), which is up more than double from it’s lows – Following a profit warning at the beginning of the year (which knocked over 70% of the then price).

Trading Update – An in-line statement with expectations for the full year statement – Although there will be an exceptional charge of (net) £5m in relation to cost-saving initiatives, which will be spread over the 1st and 2nd half of next year.

Seems a reasonable update – Dependent on the net savings in subsequent years.