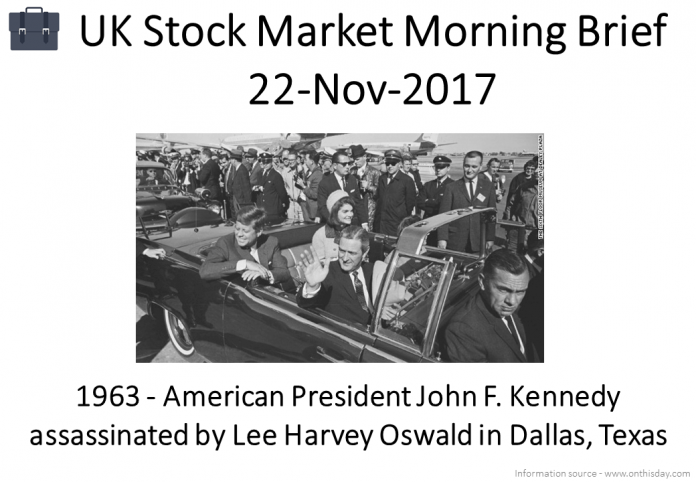 Another crazy one today!

Up almost 3x in 2017 on some good results, now seems to be slowing. At this valuation, it’s not for me.

Full Results For The Year To End August 2017 – “Solid results in Group’s 11th year of trading, continued strategic progress”. Revenue is up 4.9% and PBT is up 6.6%. This growth seems to have come not from sales (which are down) but from “aftersales”.

I think this is of interest to those with a faith in the sector.

AGM Statement – Certainly doesn’t look like a meeting where you’re going to miss anything.

Even with an 8%+ Dividend I just can’t bring myself to be interested in a cyclical furniture and flooring company. Any downturn, that Dividend gets cut or even disappears, along with my investment!

Interim Results For The 6 Months To End September 2017 – An in-line set of results.

Growing Revenues but the Profit is still lagging (or lacking, whichever you want). Seems to have enough Cash to see it through to profitability – But even the 2019 forecast (on Revenue of £74.1m) is forecast as just £2m. Still not for me.

Interim Results For The 6 Months To End September 2017 – An in-line set of results.

I just can’t see how this rated so highly, perhaps I am missing something.

Trading Update For The First 4 Months Of The New Financial Year – An in-line update.

I am not more excited about this company now, as I was before the update.

This latest update seems about in-line with forecasts. It’s actually quite an encouraging update and even on the current PER, it looks worth a closer look.

Final Results For The Year To End June 2017 – A “Transformational year for a leading international esports group”. Revenue up 64% to £2.37m (£1.45m last time), Loss Before Tax of £5.3m (£3.1m last time), in line with management expectations – Reflecting investment in expanding the executive team, refurbishing the Gfinity Esports Arena, investing in technology capabilities and preparation for launch of the Gfinity Elite Series in July 2017.

I have a small speculative position here. I am in 2 minds as to whether to ditch them or, against my usual rules, add to the position – These results seem to have missed estimates so I am in favour of the former. The problem is I have this itch that these guys are going to be big as I see no close competitor in what seems is going to be a HUGE “sport”.

I do quite like this company and it’s products and this is encouraging “revenues attributable to online sales continue to grow in accordance with the Company’s stated strategy to move away from the reliance on physical sites at retail locations and airports”. It’s going to stay on my Watchlist.

Trading Update For The 6 Months To End October 2017 – “Overall trading in the first half of the financial year has been positive and the Board expects to report turnover of approximately £53m (H1 2016: £43.1m) with underlying profit before taxation increasing by approximately 15% (H1 2016: £4.7m)”. “Challenging” and “H2 weighting” also mentioned. Just doesn’t seem positive here at all.

The numbers don’t actually look too bad here, it’s the outlook that concerns me.

That’s it from me this morning!