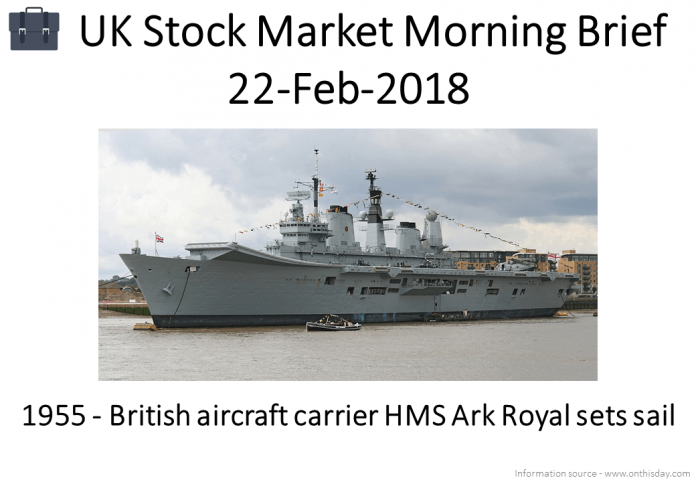 AGM And Trading Update For The 1st 4 Months Of The Year – Broadly in-line with the equivalent period last year.

Gave this a little thought this morning. I reckon on reflection I would only be interested here around the 400p level. This would probably mean one of 2 things, something has gone wrong (and it may then be a riskier investment than it is today) or there’s been a general market sell off (in which case there will most likely be better companies to invest in). Going to remove this from my Watchlist for now.

I am long here and like these results enough to remain long.

I quite liked this and it was on my Watchlist – I am now, on reflection seeing it as less attractive and am going Neutral. The 2 kickers being that further progress, it seems, is dependent on FX (which should not be the case (and it’s not hedged)) and, maybe I am missing something, but I just don’t see the “transformational” here.

Q3 Trading Update – A load of waffle usually means there’s some bad news towards the end. It seems “FY18 PBT is expected to be c.25% lower than the £75.0 million reported in FY17”.

This one just popped onto my radar for the first time and – It’s going straight on the Avoid list for now.

First time I have come across this company and there’s a lot to like. If I don’t pick some up this morning (need to keep an eye on that 7%+ spread) I will keep it on my Watchlist, 38p.

Half Year Report For The 6 Months To End December 2017 – Growth will come in H2 and expects to launch a plan to return to break-even within 18 months.

This remains on my Avoid list and I will cease coverage until I see something worthy of removing it from that list.

A great day to all, all comments most welcome.