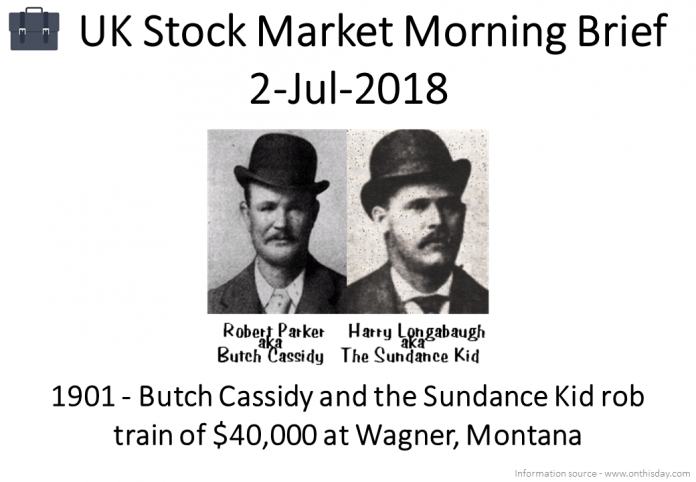 Rising Revenue, falling PBT and EPS, no Dividend and with Net Debt of £15m (30%+ or so of Mkt Cap and 3x greater than PBT) – This remains on my Avoid list for now.

I am no more interested here today than I was previously – Neutral.

I was really keen on this and had it on my Watchlist, kicking myself at not having bought in. I am now (probably incorrectly) switching to Neutral as it’s just a little too confusing for simple old me.

Trading Update For The 6 Months To End June 2018 – A timely update that’s for sure, sales are up 61% but below expectations. Will change focus to core growth markets (countries) rather than new countries. UK profitability delayed. Not expected to recover from H1 in H2 – A profit (sorry, greater loss than forecast) warning it seems! And the CEO has been put to bed (sorry!).

As I mentioned previously this is a loss maker (which I don’t usually invest in) but with ads everywhere I decided to cover (to see how the story unfolds). I think my previous comment still applies – I just can’t see the fascination – It’s a mattress, something we replace every 10 years or so. I may be wrong and soon everyone will be using an Eve Sleep mattress. On the other hand the company may continue spending a fortune on advertising and end up dead in the water. It’s just not for me, I sleep well enough at night as it is, don’t need to potentially disrupt this (with the mattress or the holding)! – This is now going on my Avoid list and I will cease coverage for the time being.

Trading Update For The 12 Months To End May 2018 – Fallen below my £30m Market Cap now but anyway, the second half is reported as broadly inline.

I will cease coverage here until it gets back above the £30m Market Cap value (if it ever does).

Interim Management Statement For The 12 Months To End June 2018 – In-line.

I remain Neutral here having sold out in May this year based on quite poor EPS forecasts of EPS +12% next year and -6% the year after.

I remain on the side-lines here as, for me, this is just not good enough for a company on a PER of 30+.