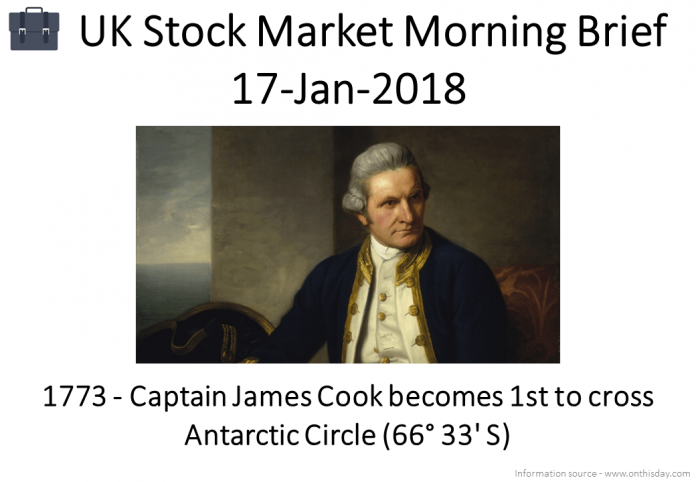 Trading Update For The 12 Months To End December 2017 – Board expects PBT and EPS for the year to be comfortably ahead of the Board’s previous revised expectations as set out in the Group’s October 2017 trading update. Additionally, “with the strong level of committed and contracted activity that we expect to deliver in 2018, we anticipate a trading performance for the current year slightly ahead of management expectations”.

A nice update and can’t see a lot wrong here. It’s going on my Watchlist, 320p.

Looks OK here, up 50% in the past 6 months. The nature of the business and the new imminent government regulations are not holding this back but it’s not for me.

Trading Update For The 12 Months To End December 2017 – LFL sales were up by 3.8%. Turnover was £37.4m (up 34% on the prior year). Christmas trading was strong with many of the recent openings trading ahead of management’s expectations and a number of pubs achieving a record result. Trading is in-line with market expectations for 2017 and (the Board) remains optimistic about its prospects for 2018 – “Group now has the funding available to execute the strategy of doubling the size of its estate over the next 3 to 4 years”.

New one for me this, looks like it came to the market at 180p in November 2017. Although the Revenue increase here is impressive, with no mention of Profit or EPS at all, there’s little choice other than to remain Neutral for now.

Trading Update For The 12 Months To End December 2017 – Expects Revenue for 2017 of approximately £470 million (growth of about 28%, movements in exchange rates account for approximately 3 per cent of this). Gross margins improved in-line with the Board’s expectations.Cash generation to the year end was also strong, finishing marginally ahead of the Board’s expectations. Board anticipates reporting adjusted PBT for 2017 comfortably ahead of its previous expectations.

Investors have doubled their money here in the past 12 months and this update does indeed sound impressive. There’s a lot to like here, I am going to put it on my Watchlist, 500p.

If this order book translates into real Profit, there still seems to be decent value here (but there’s zero mention of Profit in this update). The ROCE, Operating Margin and a decent well covered 2.5% or so Dividend helps but I will wait until I see some actuals.

Have a great day all!