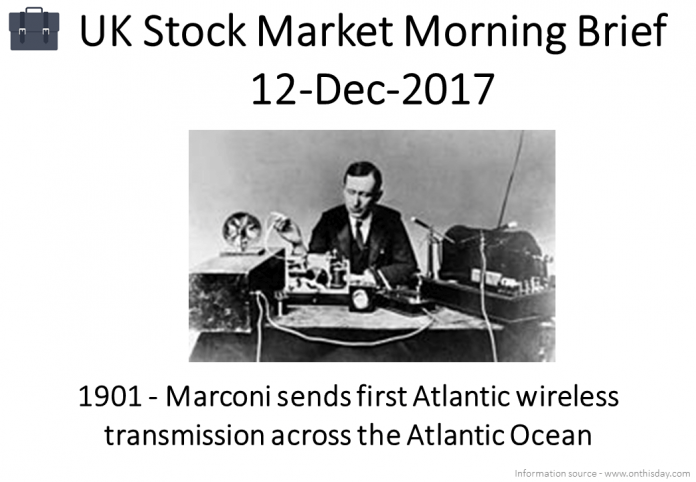 Looks OK, probably priced about right – A higher yield and I would be more tempted here.

Looks like a corner has been turned here but I will be watching from the stands for now.

Interim Results For The 6 Months To End October 2017 – In-line and well placed to deliver current market expectations for the full year. Confident enough to also declare an increased Interim Dividend (the first in 6 years).

I still have little conviction here. Revenues are quite stagnant, Profit/Loss can be hit and miss, Operating Margins and ROCE are generally low. Even the Dividend is not particularly great, or well covered.

Seems like a quality company but this update and the forecasts just don’t seem to make it worthy of investment at this level. Keeping it on my Watchlist as much more interesting around 450p.

Seems to be performing well. It’s down 20% from recent highs but still for me, seems expensive for a company forecast to grow about 20% in the next couple of years.

Interim Results For The 26 Weeks To 28 October 2017 – A mixed headline “Significant progress made in core UK flooring business – first half performance impacted by short term UK beds clearance and losses in Rest of Europe. Current trade encouraging but taking a more cautious view of second half prospects”. And this also seems mixed – Revenue up 2.6% to £228.1m (H1 FY17: £222.3m), statutory PBT £0.3m (H1 FY17: £4.1m), Net debt £22.8m (H1 FY17: net cash £0.4m) reflecting the continued investment in the store refurbishment programme. And “Underlying pre-tax profits for the second half of the year expected towards the bottom end of the current range of market expectations”.

There’s a lot to like here. Recent growth looks good as do forecasts. ROCE and Operating Margin well above industry norms. There’s Cash and a tiny Dividend (<1% – Why bother?). Down 20% from recent highs – Another 20% and I would be much more interested here. I’ll put it on my Watchlist.

Trading Update – PBT for the full year ending 31 December 2017 is expected to be materially ahead of current market expectations.

A short and sweet update which follows the previous “PBT for the full year will be ahead of current market expectations” statement. Remains on my “buy on a general market pullback list” as I just don’t want to be paying up here for a recruitment company.

Not sure this is “in-line” but there’s still quite a lot to like here, except that Spread of 10% or so. Will have a further look at this.

Drifting North since the collapse in May this year. I will remain on the side-lines for now.

Sorry for the late post – HUGE amount to get through there this morning!