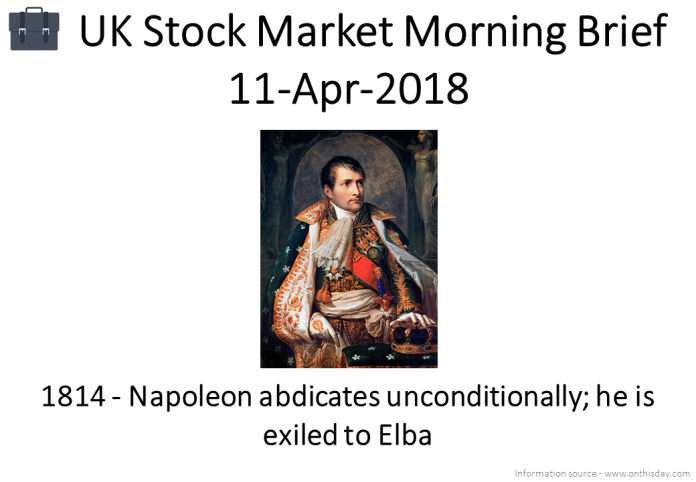 Trading Update For The 6 Months To End March 2018 – Strong H1 but no mention of inline or not.

It’s cheaper now than last time I looked at it (PER was 78.5). However, I reiterate – I am still wary of this sector (with the rise of Airbnb and Booking) and will not be paying up here, I’m Neutral for now.

Trading Update For The 12 Months To End March 2018 – Expected to be in-line, meaning nothing spectacular. Well placed to make progress despite challenging market conditions.

Looks quite good (if the forecasts are achieved) but I will remain Neutral for a few reasons. There’s a decent sized pension deficit and Net Debt here, re-organisation (job cuts), plus concerns on the South African (and I guess UK) side of the business. The ROCE and Operating Margin are nothing to write home about either.

Results For The 12 Months To End December 2017 – Looks slightly better than in-line. Order book looks good and 2018 has started well.

I quite like this but I just find it difficult to get involved as it just doesn’t ever seem to make any real profit. I am going to put this on my Avoid list now – Due to my inability to value it in a sensible way. There’s plenty of simpler, for me, to understand numbers out there.

Results For The 12 Months To End December 2017 – Headline is “Resilient performance despite subdued markets”.

To me these latest results look awful but looks like they may be priced in, based on a high 12 months ago of 125p or so. Stockopedia loves it (StockRank 93), but I do not, I’m Neutral at best here.

I quite like this but I don’t get the “Expecting Revenue growth in 2018”, it’s hardly inspiring. I just have to remain Neutral for now.

Remains on my Watchlist at 67p for now.

As always, all comment most welcome – Have a great day!