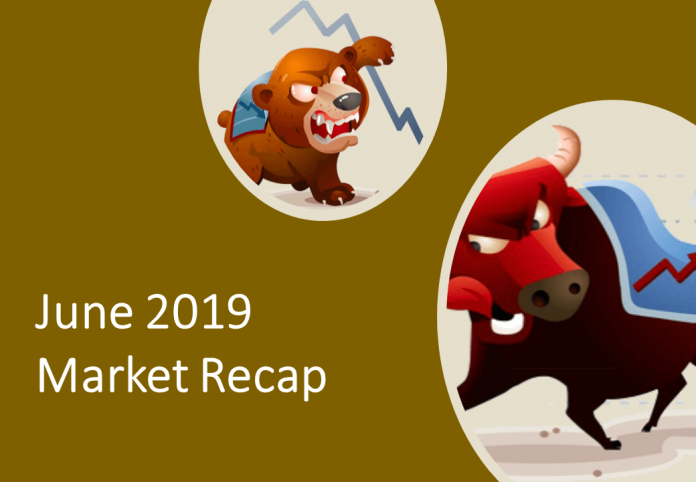 As a slight deviation, this is a recap of my trading activity from the previous 2 months, due to holidays in June/July.

Note: Most of my trading activity is a based on the analysis from my Parity PEG Price Reports – Any reflection of value below is in relation to this analysis.

Each month I analyse at least 20 stocks in a Monthly Parity PEG Price Report. The report usually includes coverage of any stocks I have traded (bought or sold) that month – Those detailed here.

The monthly reports are for members only.

Membership is quick, simple and FREE – Sign up here

There’s been 3 purchases and 10 sales in June and July with many of the sales made in a well overdue clear-out on 25th June, (roughly) in order of execution…

I purchased Altitude (ALT) on 13th June (note, my purchase of Oxford Metrics was made earlier but it was subsequently sold in my June clear-out so it’s included below instead). Altitude is not my usual kind of purchase as it’s currently a loss maker. However, the Revenue forecasts and epic return to profitability (forecast) were just way too tempting. There’s also Net Cash and excellent margin forecasts here. I am perhaps early here and may well regret my haste, but, in this case, I decided to accept that additional risk factor.

Wanting to move into a little more Cash and wishing to finally bite the bullet on some stocks I should have, in most instances, exited long ago – I had a bit of a cull on the 25th June with 9 sales, as follows…

The first sale I will mention is Oxford Metrics (OMG) because it was a purchase I made less than 3 weeks before the sale. I bought in on 6th June as I had my eye on this one for a while. Although growth is not forecast to be great (so was not a high conviction purchase), I liked the Net Cash, well above Industry Median ROCE and Op Margin, the small yield (and potential for a special) as well as the nice Uptrend which seemed to kick off at the beginning of the year (I reckon I was hopeful of a break-out of 100p on decent Interim Results the following week so I took the plunge). The Interim Results came on the 11th June but were however uninspiring with Revenue up 12.6%, Adjusted PBT up 16.1% (PER of 20 or so), Net Cash at £10.9m with FY expected to be in-line. With no real market reaction over 2 weeks and my revised analysis indicating 100p or so as fair value, I let this go during my clear-out – A -4% Loss. Reminder: Do not buy stocks with-out having a real strong conviction or, as perhaps in this case, out of boredom (low conviction rarely pays off, same goes for boredom purchases!) – Also, don’t buy before news in anticipation of a move, you know it’s better to wait and then react with the market.

I had actually been meaning to sell out of Adept Telecom/Technology (ADT) since April and was not even sure why I was still holding on. What put me off was the increase in Net Debt (from yet another acquisition at the end of April) and the fact that my subsequent analysis indicated 270p or so as a 2 Year fair value (at best) price level. Held for almost a year for a -6% Loss. Reminder: Don’t hold on when the story changes, if forecasts no longer reflect value, sell up, free up the cash and move on (you can always buy back in if the story changes again).

Sold out of Driver (DRV) for a -26% Loss. This was a prolonged event! After buying mid-March the shares dropped circa -10% on Friday 8th March before a Profit Warning the following Monday – Basically, FY PBT was to be slightly below last year (forecast was for 15% growth). I decided to hold through. Then on the 4th June came the next one.  In the Interim Results it was stated that FY PBT was to be down from £2.1m to £0.8m (not what I would call slightly below!). I did not sell immediately but did decide, as part of my clear-out, it was time to part ways.  Reminder: Although I didn’t come out any worse here after Profit Warning 2 – After Profit Warning 1, sell up, free up the cash and move on (Profit Warnings usually come in 3’s and often it takes quite some time to recover).

I was never expecting stellar growth with 1PM (OPM), however, on a PER of 6 or so with EPS forecast to grow 10% or so in each of the next 2 years and with a yield of 2%+ I was a holder here. I also like the ROCE of 10% and the Op Margin of 25% or so.  On the 25th June this all changed with a FY Trading update that indicated a rise in Revenue of 6%, a rise in PBT (before exceptionals and share based payments) of 4% and a rise in EPS of just 2%. All forecasts were cut (2020E even reflects negative PBT and EPS growth now) and even on a PER of 6 or so, having dropped below my 20%/25% Technical Stop, it had to go – A -31% Loss. Reminder: Very low PER companies are usually very low for a reason and can surprise (against forecasts) with little or no growth (be wary of them).

Fundamentals looked good at Revolution Bars (RBG) when I bought in here at the beginning of 2018 and management had just rejected a 200p bid (from Stonegate). So, what did I do, I watched and waited through rubbish results, updates and statements – Plus price deterioration.  Hoping, for that bid to come in, it was so cheap, it must be coming soon. Anyway, it’s so cheap now I half expected a bid to come in the day after I sold for a -59% Loss. Reminder: Observe your 25% Technical Stop Loss (it probably means the market knows a little more than you do) and don’t hold a share in the hope of a bid (note the word “hope”!).

Learning Technologies (LTG) got a bit of a lift after a positive AGM Statement at the beginning of June. Having been meaning to sell out much earlier, for much more profit (I let this move down 50% off it’s highs), I also decided to get out here – For a 5% Profit. Reminder: Observe your 25% Technical Stop Loss (it probably means the market knows a little more than you do).

I had my eye on an exit on T Clarke (CTO) for a few weeks after my analysis (based on a revised Broker note in May) indicated 120p or so as fair value. I was also a little nervous of the sector in general and the Low Margin – Out for an 8% Profit. Reminder: Pretty much stuck to my rules here, invest when forecasts reflect value, exit when that story changes – Whilst observing the 25% Technical Stop Loss rule.

GetBusy (GETB) was a purchase I made based on forecasts of 55% EPS growth in 2018E and 34% EPS growth in 2019E – The PER at the time was around 20. A subsequent note from the same broker (less than a month later) had forecasts of 28% and 31% respectively, on a PER of 15 or so (still acceptable enough at the time). That was however the last coverage by that Broker. The first coverage (from a new Broker 6 months later) indicated negative EPS for 2018E and 2019E! Not only should I have sold at this point around 30p I should have sold out 25% off my Entry price (like I usually do). Anyway, I finally saw sense and sold for a Loss of -61%. Reminder: Observe your 25% Technical Stop Loss (it probably means the market knows a little more than you do) and if forecasts no longer reflect value, sell up, free up the cash and move on (you can always buy back in if the story changes again).

I really liked the story, the fundamentals and the technicals at Myclex Technologies (MYX) when I bought in last year. However, on 14th June it issued a Profit Warning. I couldn’t get out in the morning so I decided to leave it for the rest of the day (and a bit longer). As part of my clear-out, actually this and 1PM (OPM) prompted that clear-out  – Sold for a -44% Loss. Reminder: Pretty much stuck to my rules here, invest when forecasts reflect value, exit when that story changes – Tough to observe the 25% Technical Stop Loss rule when a Profit Warning sails through it! However, should really have got out here on the day of Profit Warning 1 (Profit Warnings usually come in 3’s and often it takes quite some time to recover).

And, that’s the end of the clear-out and June trading activity!

Gordon Dadds (GOR) was bought as it looked way undervalued and still did when I sold. When I see or remember a bear point (made by someone I respect) it will make me think twice, either about buying or, if long, consider selling. Paul Scott commented on 25th July…

“Is there a catch, yes of course! If it looks too good to be true…
The main catch is that there’s a ton of deferred consideration, around £29m, plus more since the year end, which is payable in c.3 years.
Balance sheet – is terrible. -£21.7m NTAV even after recent fundraising.
A classic example of rainmakers locked in for 3 years, cashing in on nice deals, who would then be free to leave, and take future profits with them.”

I did have concerns on the nature of the business and also due to the fact it was reliant on the integration of Ince (big acquisition) going well.  The latter does seem to be going well but when I see such a note from Paul Scott (whom I respect) and with my Technical Stop Loss of 25% within close distance – I decided to take a -19% Loss here.

For the reasoning behind the Parity PEG Price Report and access to 20 of them every month (including most or all of those I have traded) – You can find details here.